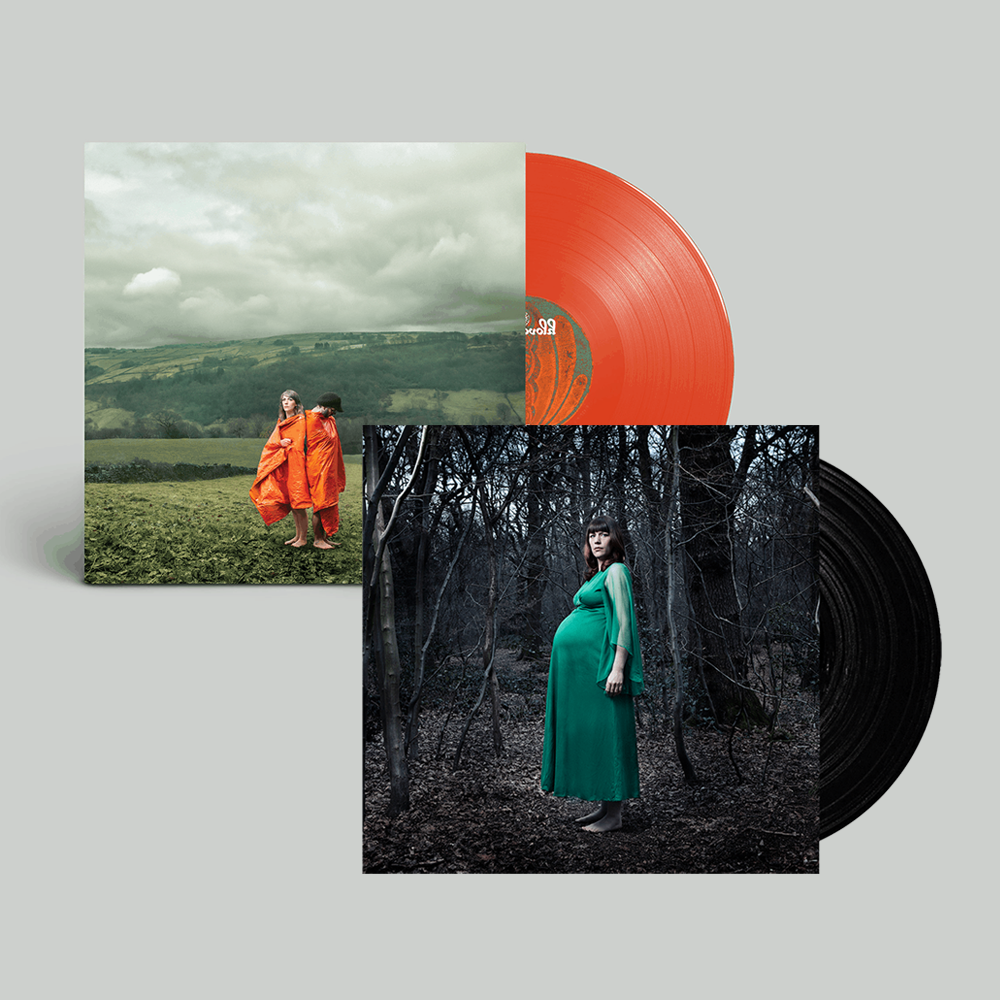 Cobalt Chapel were formed in late 2014, by London based vocalist and actress Cecilia Fage (Matt Berry & The Maypoles) and Sheffield based musician Jarrod Gosling (I Monster and Regal Worm). Following the recording of their debut album they were asked by Andy Votel to play their first show at this year’s Festival No 6.

The sounds and textures on this debut are captivating and atmospheric, conjured up from vintage organs and effects, vintage drums and drum machines, fused together with Cecilia's distinctive English lead and layered vocals.

The album explores imagined scenarios, finding inspiration in folklore, 1960’s and 70’s science fiction and horror (‘Black Eyes’ tells the story from the point of view of a ‘Stepford wife’ in the original film) as well as personal experience.

As they continued recording, they found a way to bring in other genres such as choral music that you can hear in their version of English composer John Tavener’s ‘The Lamb’, and the collaboration with actor Paul Putner, who wrote the lyrics to ‘Horratia’, the story of an ageing horror B-movie actress.

Cobalt Chapel began as an idea from Jarrod Gosling when he was on his daily run around the Damflask reservoir in Sheffield. He wanted to create a new, eerie psychedelic project, with sounds and effects generated solely from organs and drums, with no guitars or synthesizers – a departure from his other groups I Monster and Regal Worm.

He wanted to work with a female, folk-led vocalist and when he saw Cecilia Fage live thought she would make the perfect psychedelic companion.

Cecilia had been working on Matt Berry’s albums, and others, over a number of years - singing, arranging choral vocals and playing woodwind. She had a sense of creative urgency due to the approaching arrival of her twins; it felt like the perfect moment to work on a new project.

Their first chat turned into a long conversation about their shared interests - musical influences from Jarrod’s obsessive love of progressive rock, to Cecilia’s taste in English folk – converging somewhere between Egg and Fotheringay. A mutual love of dark, surreal TV and film from the 20th century, folk tales, sci-fi, and strange phenomena which informs the eerie, haunting feel to their music.

Cry A Spiral
It's The End, The End
Pretty Mire, Be My Friend
E.B.
Orange Synthetic